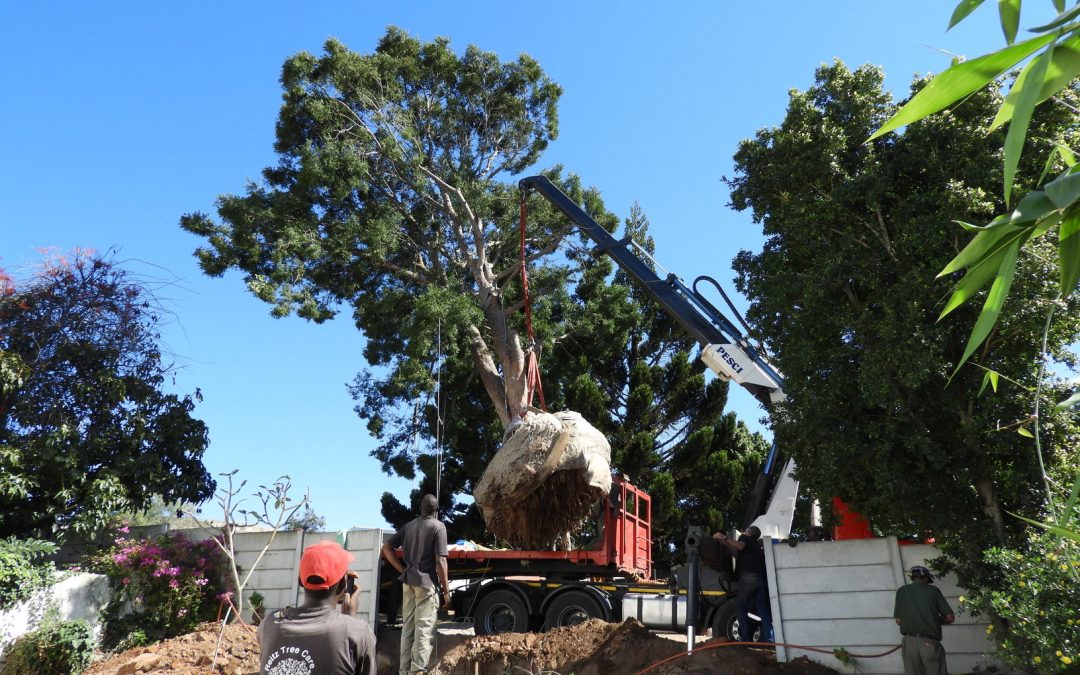 In a major operation last week an eight-metre-tall yellowwood tree was removed from the grounds of the mosque in Seawitch Avenue in central Plett and taken to its new home on a smallholding in Piesang River Valley.

Requiring space for building improvements to the mosque, a permit for the yellowwood to be removed/detroyed was obtained from the Department of Forestry (DAFF), but when Charles Reitz of Reitz Tree Care was approached for the take-down he proposed that the 50-year-old tree be preserved and instead relocated and transplanted 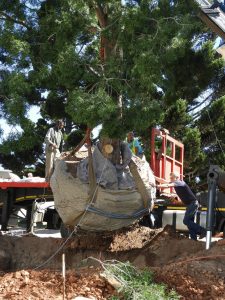 Yellowwoods, which historically have been harvested in vast numbers for their beautiful wood and more recently have been threatened by the impact of coastal development, are a protected species.

“Trees are often only protected until urban sprawl take precedent,” said Charles. “But in order to arrange the removal of a tree of this size, it is vital to have the co-operation of all involved, and in this case Saleem Maree and others at the mosque were very patient and accommodating while arrangements for the removal were made.”

“Great skill and care go into preparing a root ball for the transportation of a living tree,” Charles explained, “especially one of this size.”

In a precision operation, the massive tree was hoisted onto a crane truck and taken to its new home in Piesang Valley where it was successfully manoeuvred into a prepared hole. For the transplant to succeed the tree is fed, staked – to ensure it doesn’t collapse before the root system has taken hold – and watered regularly.